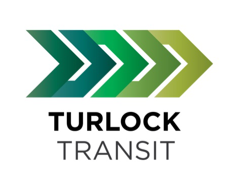 The City of Turlock is committed to providing transit services that are accessible to persons with disabilities in accordance with applicable provisions of the Americans with Disabilities Act (ADA) of 1990, Section 504 of the Rehabilitation Act of 1973, as amended, and the U.S. Department of Transportation’s implementing regulations at 49 CFR Parts 27, 37, 38, and 39.  The Federal Transit Administration (FTA) has consolidated the requirements of these regulations into FTA Circular C 4710.1.  For more information, please visit the City of Turlock's Accessibility webpage.
ADA COORDINATOR
​​The ADA Coordinator for the City of Turlock and Turlock Transit is Interim Development Services Director/City Engineer Nathan Bray, P.E. If you have a question, would like to report an accessibility issue, or would like to file an ADA grievance you may do so by:
ADA SELF-EVALUATION
On November 14, 2017, the City adopted a revised ADA Self-Evaluation that ​describes the process by which the City’s programs, services, and activities were evaluated for accessibility compliance.  This information will be evaluated periodically as improvements and enhancements
ADA GRIEVENCE PROCEDURES
This grievance procedure is established to meet the requirements of the Americans with Disabilities Act of 1990 ("ADA"), the Americans with Disabilities Amendments Act (ADAAA) and California State law. It may be used by anyone wishing to file a complaint alleging discrimination on the basis of disability in the provision of services, activities, programs or benefits by the City of Turlock. The City’s Disability Discrimination Policy governs employment-related complaints of disability discrimination.

The complaint should be in writing and contain information about the alleged discrimination such as name, address, phone number of the complainant and location, date and a description of the problem(s). The City’s Grievance Procedure form is available online at http://www.cityofturlock.org/ada or at Turlock City Hall, 156 S. Broadway, Ste. 150, Turlock, CA 95380. Alternative means of filing a complaint, such as personal interviews or a tape recording the complaint, are available to persons with disabilities upon request.

In accordance with the requirements of Title II of the Americans with Disabilities Act (ADA) of 1990, the Americans with Disabilities Amendments Act of 2008, the Fair Employment & Housing Act (FEHA), California Government Code Section 11135 and other applicable codes, the City of Turlock does not discriminate against individuals on the basis of disability in its services, programs or activities.

ADA TRANSITION PLAN
On May 13, 2014, the City adopted a revised ADA Transition Plan and associated appendices related to survey results. This document describes the physical barriers with buildings, facilities, sidewalks, intersections, and other public rights-of-way.  The document also provides a detailed description of each accessibility barrier, outlines the steps necessary for achieving compliance, establishes a priority and severity level for each barrier, as well as identifies the official responsible for implementing the plan. The City official responsible for implementation of the ADA Transition Plan, also known as the ADA Coordinator, is also responsible for reviewing official ADA grievances.
REASONABLE ACCOMMODATIONS
​Turlock Transit is committed to making reasonable modifications to its policies, practices and procedures to ensure that Turlock Transit services are accessible to everyone.  You may make a request to the ADA Coordinator by phone, email, fax or mail.